If a woman and man are working the same job for the same time, it is ethically ideal that that they both would or should earn the same amount. However, this is not the case. Women, working alongside with men, are paid less than the men. Inequality (gender or race) in the workforce is a major problem not only in the United States but also around the world. 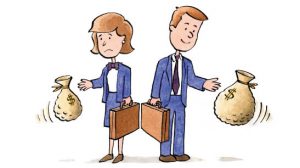 The presence of women in the workforce has been growing steadily and now, more than ever, women is seen in almost every aspect of the workplace. Women, however, usually receive less pay, are not promoted as quickly as men and are discriminated against in the workplace. Despite advances in education work principles and so on, women fall victims of negative feminine stereotypes and this affects their pay in the labor market. Unjust compensation between men and women in the workforce is a major problem in the United States. At every level, a woman will still make less than her male counterpart even when they have the same degree. A report found some very interesting information. The research revealed:

college educated women working full time were paid an unexplained 7% less than their male counterparts were paid one year after graduation.

This analysis shows that when men and women choose the same occupation and have the same level of education for some unexplained reason, they still have a gap between their salaries. The argument, widely used by the opposition today, tries to prove that the wage gap is a myth by saying factors such as education and job selection explain the gap between men and women’s salaries in the United States. Although it is true that these factors do play a role, there is still an unexplained difference and there are several reasons that prove this to be true.

Some would argue that the reason women are paid less is because they do not work as hard as men. Ben Waber in an article for Bloomberg  believed that if women keep working hard and not give up on their hopes of pay equality, they could achieve it equality 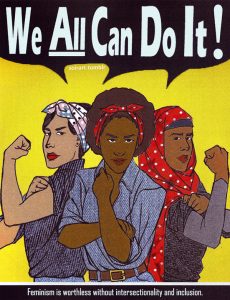 The reason for this might be the stereotype that many women are not strong enough and are too emotional to be able to get to the point where they are making the same amount of money as men, if not more. What Waber is implying by his statement is that women lack the necessary work ethic to succeed in the work place and that perhaps if women put in just a little more effort they will succeed. Work ethic leads to success; it does not matter if a person is male or female. In addition, according to the Bureau of Labor Statistics, a fact-finding agency for the federal government, even when the exact same field is taken into consideration, women put in more effort than men in the workforce and women earn less whether it is male or female dominated.

In the next post, I will talk more in depth about this topic because I think it is very interesting, especially in society today. It is important to speak up for inequality because it affects me personally and I would eventually join the workforce and as a female i do not want to be a victim of this negative stereotype that continues to put women below men.

Be on the look out for my next post